Humayra Subah (full name is Shah Humyra Subah) is a famous Bangladeshi Actress and Model. She is well-known as an ex-girlfriend of Bangladeshi National team’s Cricketer Nasir Hossain. She came to the timeline in 2019 and her debut music video, “Chol Melay Jaire.” Subah has also criticized sometimes tv news and social media. Let’s see the famous Bangladeshi actress and model Humayra Subah Biography and more information.

Humayra Subah was born on 22 February 1999 in Gaibandha, Rangpur Division, Bangladesh and her nickname is Subah. She grew childhood with her family in the Gaibandha district with great enjoyment. Subah was interested in acting from a young age. Humayra Subah is a follower of the Islam religion, and her nationality is Bangladeshi. Her mother’s name is Sufiya Sultana Sumi. Her father’s name is not known, and she has a sister named not known.

We do not yet know about Subah’s family or academic life. If you are known any information about actress-model Subah’s parents or siblings and education life, you can let us know by commenting.

In 2018, a video of Humayra Subah went viral through social media. Subah claimed she had a love affair with Bangladesh national cricket team player Nasir Hossain, and that’s where their relationship ends. Then Subah married Bangladeshi singer Eleyas Hossain on 1 December 2021.

However, one month later, on Tuesday (4 January 2021), actress Subah organized a press conference at Banani’s house. There, the heroine cries more than Eleyas’s judgment. In the meantime, a few phone conversations with Humayra Subah and Eleyas Hossain have gone viral. Now the matter is entirely under legal process.

In 2018, a video of model and actress Humayra Subah sparked a heated discussion. In the video, She revealed her relationship with Nasir Hossain, then regular cricketer of the national team. Nasir and Subah’s much-talked-about love ended long ago. Since then, the actress has made various comments about Nasir on Facebook Live and status.

And there is a lot of hue and scream in the net world. Even then, there is a lot of criticism about Nasir and Subah on social media at different times. But on 14 February 2021, Nasir Hossain married Tamima Tammi.

Recently, the talk of the town in the showbiz industry is the divorce of actress Humayra Subah and musician Eleyas. Then Humayra Subah married Eleyas Hossain on 1 December 2021.

However, some of their phone calls went viral on social media less than a month later. There have been many conversations with each other. But on 4 January 2022, the actress Subah organized a press conference. There, the actress Subah cries more than Eleyas’ trial.

Humayra Subah said that Eleyas tortured me a lot. I married him with many dreams, but now he has cheated on me. I have all the evidence of our marriage. I have filed a case in the name of Eleyas, and I want his trial.

Eleyas added that Eleyas had given her sleeping pills and left. He took a lot of gold jewelry, including cash, from my house when he left. Besides, he used to come to my house and drink alcohol a lot of times, as evidenced by the video footage on the CC camera of my house.

Humayra Subah also said that Eleyas was in a financial crisis, so he married me to be financially viable. He thought I had a lot of money, but I didn’t have much money. Eleyas has set a target of holding an election in 2023 with a nomination from the Awami League.

Then he needs a lot of money, and then he will get financial support from me. Because he thinks I get 40 to 50 lakh for every movie like Bangladeshi superstar Shakib Khan, but I don’t get that much money.

Humayra Subah also made many more complaints, and Eleyas married me to enjoy; he is a greedy woman. She has ruined the lives of many girls before. On the Monday night of 3 January 2022, actress Subah filed a case against the singer Eleyas Hossain, claim no: 01. The issue is under investigation.

In the 2011 Gaibandha district incident, the boy killed his mother for not having a love affair. The boy’s name was Akash, and the lover’s girlfriend was Subah. Humayra Subah was only 13 at the time, and she was involved in the murder of Akash’s mother. Subah then sentenced her mother to five months in jail. She and her mother were released because Subah was pregnant.

There are also rumors about him on social media. We have collected all the data from the internet and social media. So if there is any mistake in our writing, please let us know by commenting.

Humayra Subah We do not know the exact amount of money or the property owner. She is a newcomer, so it is natural not to know about her assets. We can see from her lifestyle that her net worth is 20 to 50 lakh (bd taka).

Shah Humyra Subah 2018 claimed to be Nasir Hossain’s girlfriend and came to the timeline with different Facebook live or status. Then Nasir Hossain was a regular member of the Bangladesh cricket team. Humayra Subah made her acting debut in 2019 with a music video, “Chol Melay Jaire.” In 2019, another of his music videos, “Rong Moshal,” was released.

On 23 November 2019, Humayra Subah held a grand ceremony at the FDC in the capital to witness the masterpiece of the movie “Boshonto Bikel.” Subah is known to have acted in five more movies, and however, not one film of her had done released. She won AJFB in October 2022 for his starring movie “Bashanta Bikel”. 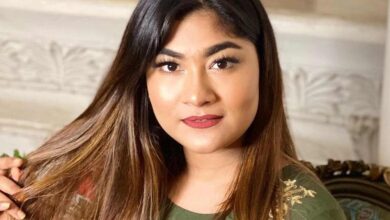 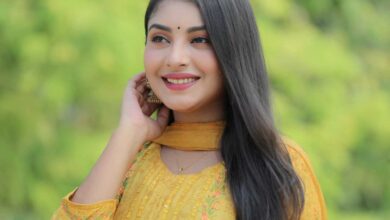