Mawra Hussain (widely known as Mawra Hocane) is the most famous Pakistani Actress and Model. He changed his name from “Hussein” to ”Hocane” in 7th grade, giving it a unique spelling. She was an actress in the Bollywood movie “Sanam Teri Kasam” and made her Bollywood debut.

Mawra Hocane faced intense criticism in Pakistan in 2015 for posting a post on Twitter in support of Pakistan’s banned Indian film “Phantom.”

Actress Mawra Hussain was born on 28 September 1992 in Karachi, Sindh, Pakistan. Her father’s name is Mushtaq Hussain, and he is a Pakistani army. Her elder sister’s name is Urwa Hocane, and her brother-in-law’s name is Farhan Saeed.

She changed her name from “Hussein” to “Hocane” in 7th grade, giving it a unique spelling. Mawra Hocane completed her FSC from Bahria College, Islamabad.

She then joined the Institute of Law Studies in Islamabad to pursue higher studies and the University of London from got a law degree. Mawra has also done a course in Fashion Designing from the Pakistan Institute of Fashion and Design Lahore.

In 2016, Mawra Hocane made her Hindi film debut with Harshvardhan Rane in the Indian movie “Sanam Teri Kasam.” In 2018 she debuted in a Pakistani film by starring in the Pakistani film “Jawani Phir Nahi Ani 2.”

Mawra Hocane has also acted in numerous television series and some short films. This beautiful Pakistani actress also sees in many TV commercials. She is still unmarried and currently has no romantic relationship. 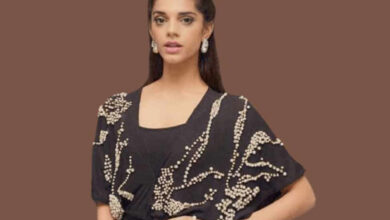